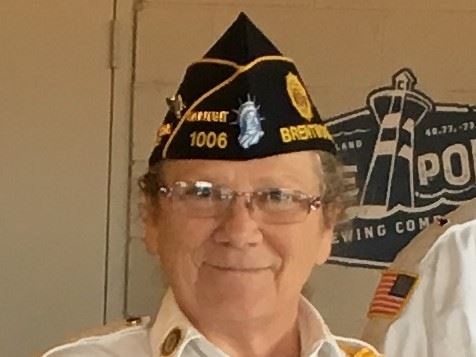 Sharon Hoover graduated from Brentwood Ross High School in1979, worked at Central Islip State Hospital until 1980, and began her military career by enlisting in the United States Army in 1981.

During Desert Shield/Desert Storm, Hoover volunteered at a food pantry for her deployed unit member’s families. This volunteer service developed into providing goods and financial assistance to Long Island’s deployed families. She participated in grave decoration at Calverton National Cemetery and worked for the New York State Office of Mental Health (NYSOMH) with the safety department (emergency services) at Kings Park PC, Central Islip PC, Manhattan and Pilgrim PC, and Long Island Developmental Center between 1984 and 2009.

During the 1990s, Hoover served with Pilgrim Psych Center Veterans Committee by raising funds and participating in ceremonies for veteran staff and patients. She joined American Legion Post 1 in 1985 and became an active member of the Brentwood Joseph Loeffler Post 1006 in 2014. She is currently serving as Post Adjutant under Commander Bob Kampel and participating with the Suffolk American Legion County Drill team and Post Drill team Treasure. She also raises funds for a myriad of charities, community associations and veterans organizations.

Hoover comes from a family of proud service men and women, including her mother, father, brother, sister, brothers-in-law and uncles. She is the mother of two daughters and grandmother to three. Her eldest grandson is a recent graduate of her alma mater, Brentwood Ross High School. Hoover’s grandparents on both sides immigrated to the United States, and she said they instilled values and a sense of what it means to be a proud American.