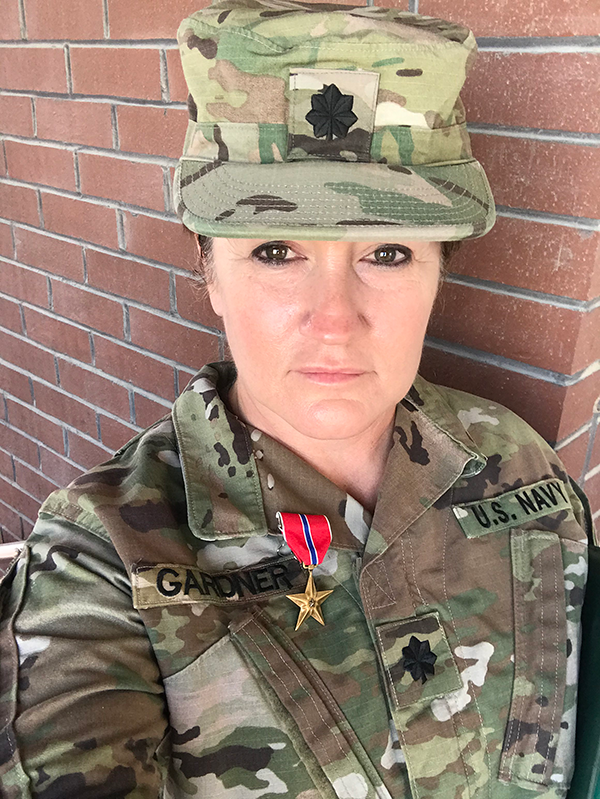 Commander Diane L. Gardner, a lifelong resident of Kings Park, is a nurse anesthetist at Stony Brook University Hospital as well as a Nurse Educator at ATI.

She received the Bronze Star Medal for her extraordinary performance as a Registered Nurse Anesthetist while serving as director of nursing at Kandahar Hospital in Afghanistan. She and her team saved the life of a Navy Seal chief who was shot multiple times and severely injured.

She is the daughter of Charlie and Diane Gardner and the mother of Charlie, Casey, Caitlin and Connor.