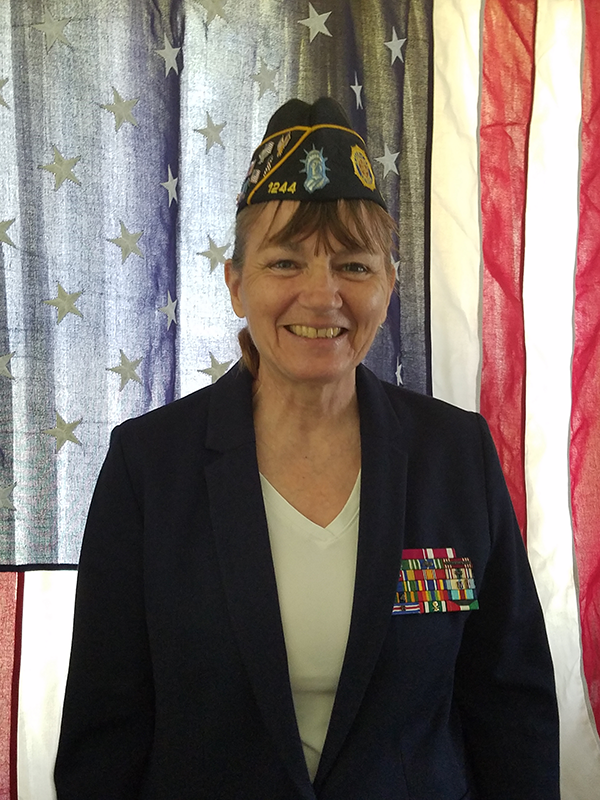 Raised in Western Pennsylvania, Command Sergeant Major Donna Boyle joined the United States Army in 1978 under the GI Bill and used it to earn a civil engineering degree. She served as a Field Artillery Surveyor in field artillery units from 1978 to 1986, a Survey Party Chief in an engineer brigade and as the First Sergeant of a combat heavy engineer unit from 1986 to 2003. She then served as an instructor and the Sergeant Major of a training unit from 2003 until her retirement in 2007.

Boyle was awarded the “Legion of Merit” in 2007, a military award of the United States Armed Forces that is given for exceptionally meritorious conduct in the performance of outstanding services and achievements. Among the numerous other awards she received were a Meritorious Service Medal, Army Commendation Medals, Army Achievement Medals, Southwest Asia Service Medal, Korean Defense Service Medal and Kuwait Liberation Medals from both Saudi Arabia and Kuwait.

A member of Greenlawn American Legion Post 1244 since 2008, Boyle has served as Commander since 2019. She also serves on the Town of Huntington Veterans Advisory Board. Named Engineer of the Year in 2013 by New York State Society of Professional Engineers, Nassau County Chapter, she retired from the Nassau County Department of Public Works in 2017.

Boyle moved to Huntington in 2004 when she married Joseph H. Pipia III, a lifelong Huntington resident. Her husband has been a member of the Huntington Manor Fire Department for almost 30 years. They are both volunteer instructors for the New York State Department of Conservation, teaching hunting safety and bow safety courses.