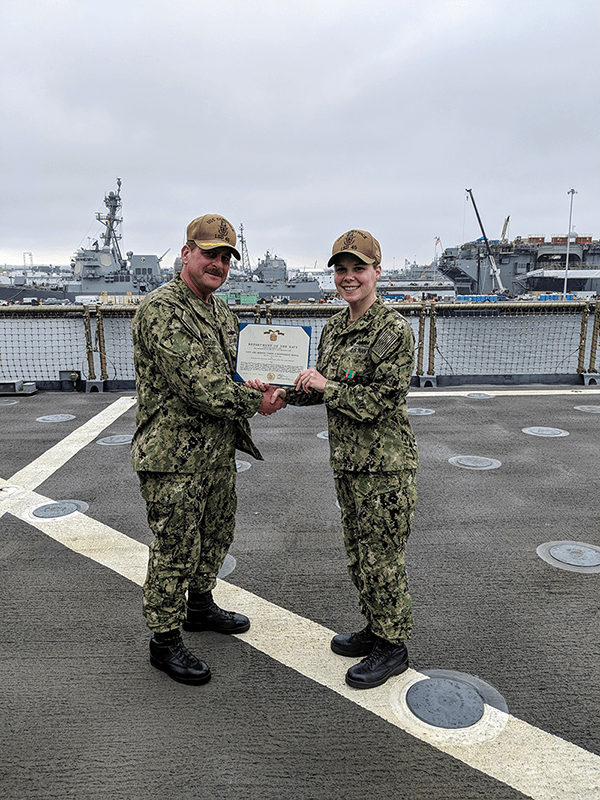 A resident of Northport, Ashley Tully graduated from Kings Park High School in 2011 and from Suffolk County Community College with an associate’s degree in 2014. She joined the Navy in August 2015.

Tully served onboard the DDG-83 USS Howard, a naval destroyer based out of the naval base in San Diego. She then served onboard the LSD-45 USS Comstock, an amphibious dock landing ship that transports Marines and their equipment, also based out of San Diego. She was deployed to the Middle East in 2017 for a six-month deployment. Tully was a shipboard electrician working on 120 and 440 volts on a daily basis. She maintained and troubleshot both gas turbine and diesel engines to ensure the ship is always mission ready.

Separated from active duty in 2019, Tully is now affiliated with the Navy reserves working as a reserve recruiter helping transition active duty sailors.