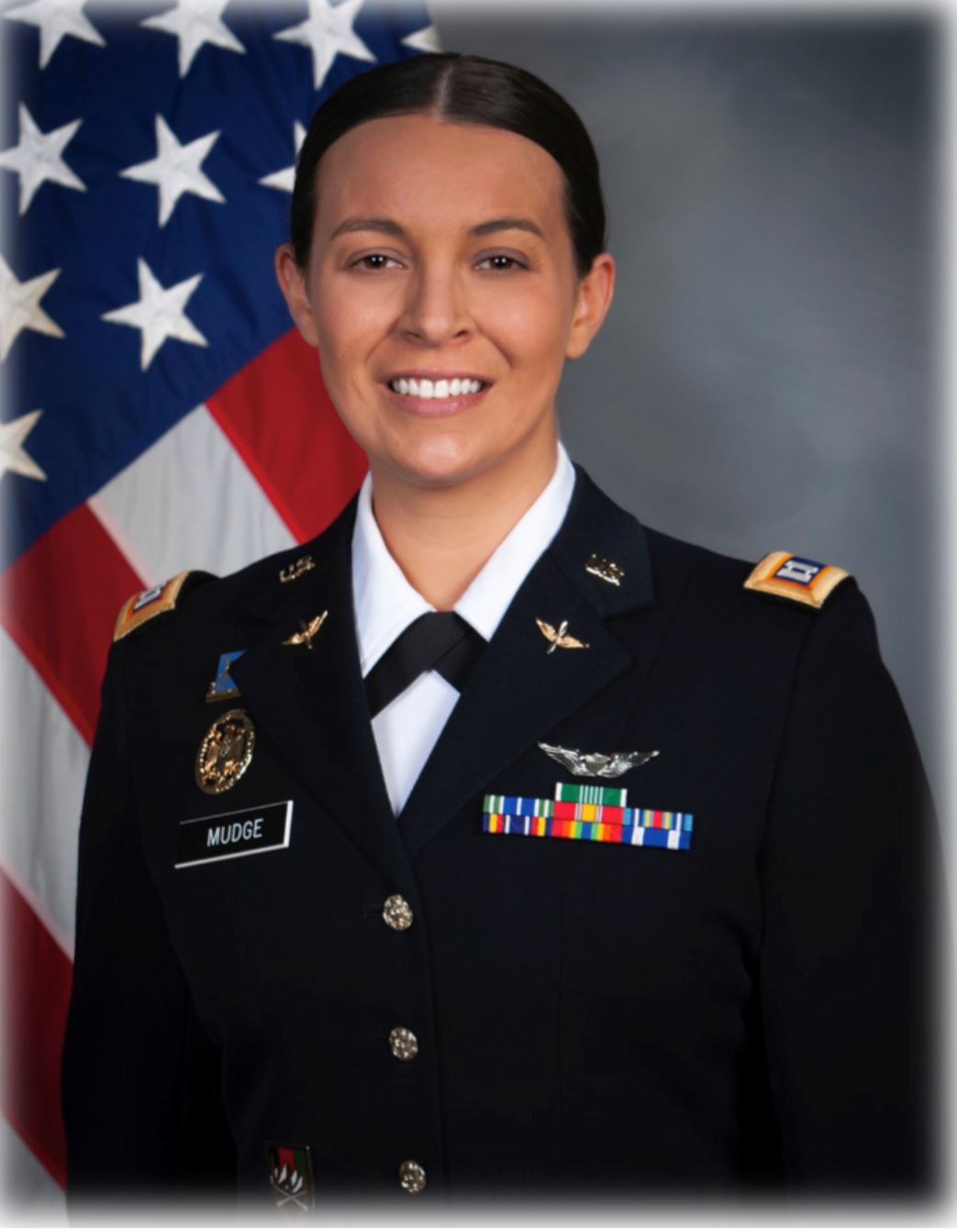 Michelle Mudge hails from Commack, where William and Patricia Mudge raised her. On September 11, 2001 she made the resolute decision to protect her country by joining the military after her father served as a first responder at Ground Zero. After that day, she involved herself in many military, political, and athletic undertakings throughout high school to aid in her future career, including Civil Air Patrol, being a Ground Search and Rescue trainer and an American Legion Girls state nominee, and serving as a Congressional intern for veterans affairs. She was also captain of the varsity softball team.

Her first assignment following flight school was the 204th Military Intelligence Battalion in Fort Bliss, Texas where she served the first six months as acting commander, executive officer, and flight platoon leader of the Army’s only Echelon Above Corps, Fixed-Wing Aerial Reconnaissance Company that simultaneously supported three worldwide contingency operations in Colombia, Uganda, and the Joint Task Force North (JTF-North) missions to protect the U.S. southern border. In 2015 she was sent to Colombia as the first O-2 to ever serve as the commander of Task Force Storm Saver, comprised of a 30-person aerial ISR detachment conducting Sensitive Reconnaissance Operations. She served as the Combined Air and Space operations Center Liaison Officer In Charge (OIC) for Task Force Observe, Detect, Identify, Neutralize (ODIN) at Al Udeid AB, Qatar and Bagram, Afghanistan for six months. She then served as the Battalion S4 OIC and was the only female EO-5C ISR (Intelligence, Surveillance, & Reconnaissance) pilot in the U.S. Army during that time. In June of 2018 she graduated from the Military Intelligence Captains Career Course at FT Huachuca, AZ and became an All Source Intelligence Aviator (15C). In September of 2018 she qualified on the RC-12 Guardrail Common Sensor, and in December 2018 she qualified on the MC-12 Enhanced Medium Altitude Reconnaissance and Surveillance System (EMARSS).

She is currently serving as a Battalion operations officer in the 206th Military Intelligence Battalion (Aerial Exploitation) at Fort Hood, Texas. She is pursuing a master’s in intelligence studies at American Military University.