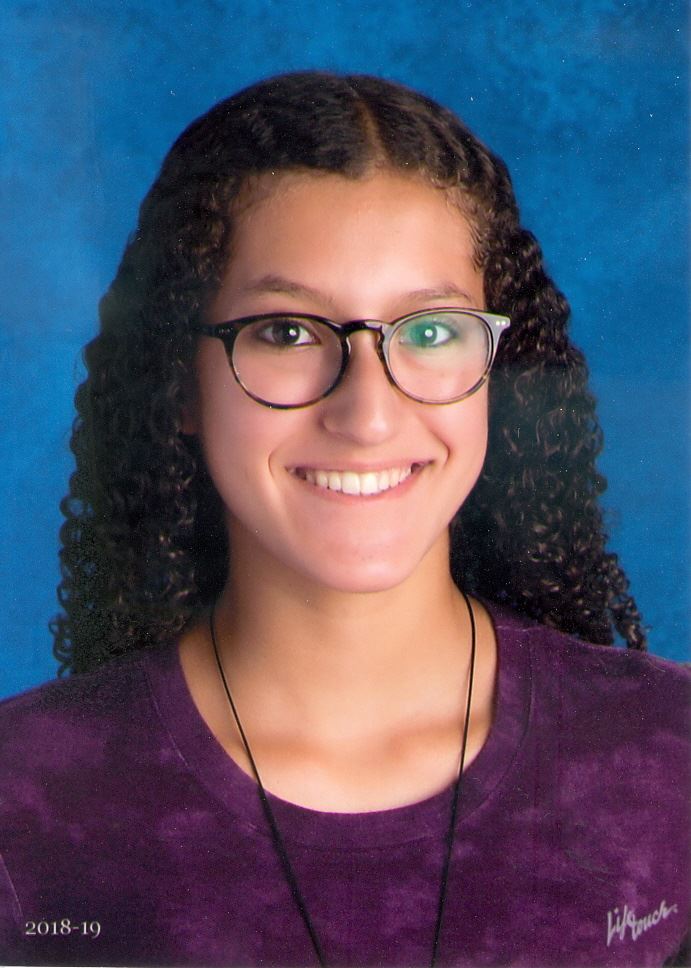 Ava takes every opportunity to achieve growth personally, physically and emotionally.  Ava clearly is an over achiever and a positive role model for her family friends and even acquaintances. Ava was able to look within and challenge herself to be a better person and embrace this crisis instead of complain about it. She learned to listen learn and adapt.

On personal development Ava acquired a newfound love for cooking and learned new recipes. Once a month she and her mom would make new recipes for a family dinner while sheltering at home. She was very productive learned the value of teamwork and helping others around the house as well as outside the house with schoolmates and new friends.

She became an officer in the “Spanish Club” as well as became an active member in the school “Sustainability Club “and if that didn’t keep her busy she was nominated as President for the “One World Youth Club in addition to starting a job at “Ralph’s Ices”.

Personal growth wasn’t the only thing important she set physical fitness goals and became a better athlete. She was able to establish her own work out plan and created her own gym in her house.  In addition to increasing the bike exercise to almost 20 miles a week with family members Ava also played golf, when this activity was cancelled she was able to focus more on her academics and college prep classes Ava constantly challenged herself even with weight training. She started with working out with 5-pound weights and was able increase it to 50-pound weights/dumbbells.

Ava clearly is an over achiever and a positive role model for her family, friends and community.