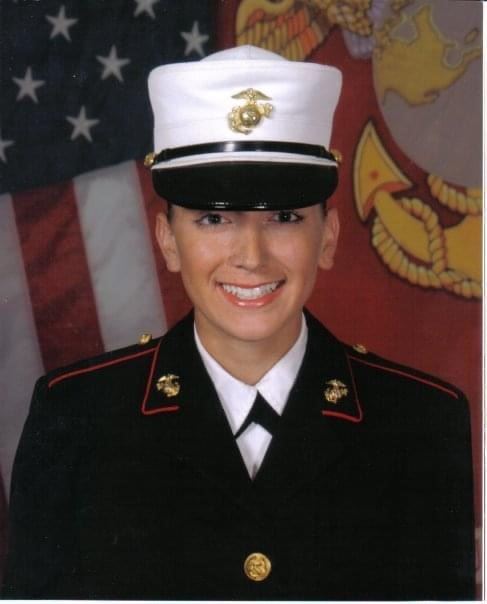 Farmingville resident Jessica Byers was born in Jacksonville, North Carolina, outside of Marine Corps Base Camp Lejeune.  She was born into a family with a long history of serving in the military, dating back to before the American Revolution.  Jessica was the first female in her family to serve in the Marine Corps, following in the footsteps of her Great Grandfather and her Father.  She grew up mostly in Munford, Tennessee, but graduated from Vanguard High School after moving to Ocala, Florida for her senior year. After high school, Jessica attended the University of Central Florida.  Three semesters later, she realized college was not the best thing for her at the time.

In 2008, she enlisted in the Marines as a Middle Eastern Cryptologic Linguist. In simpler terms, an Arabic Linguist.  She attended boot camp in Parris Island, South Carolina, and MCT at Camp Geiger, North Carolina.  After MCT, she attended MOS school in Monterey, California at the Defense Language Institute, learning to speak Arabic.  After reclassifying to Administration, she was stationed at Marine Corps Base Quantico in Virginia. While at MCB Quantico, she served in support of Operation Enduring Freedom.  Initially, she dealt with processing incoming Marines stationed in the National Capital Region.  After two years with that, she dealt with Marines deploying and on temporary assignments of duty.  She also ensured that Marines wounded in combat continued to receive the benefits they were entitled to.  Jessica earned the title of Expert Marksmanship and she was also awarded the Navy and Marine Corps Achievement Medal for her work in Quantico. In 2013, Jessica's time on active duty came to an end and she entered into the Inactive Reserves in 2016, she was officially discharged with an Honorable Discharge.

In 2014, Jessica moved to Long Island where she is now raising her three children, Christian, Declan, and Scarlett.  She is currently working as an Emergency Medical Technician.  She works full time for FDNY EMS in Canarsie, Brooklyn out of EMS Station 58.  She also works part time for Lake Ronkonkoma Fire Department, Lakeland Fire Department, and East Brentwood Fire Department. She worked through the peak of the COVID pandemic in New York City, as well as on Long Island. She enjoys serving the community and helping those in need.