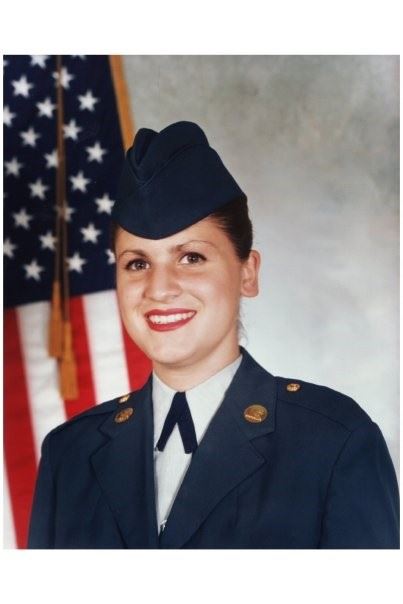 SGT Linda Amato the daughter of Richard and Frances Amato grew up in Brentwood, N.Y. with her two older brothers. She graduated from Brentwood Ross High School, and following in her older brother Richard’s footsteps, enlisted in the United States Army on February 24, 1994.

In 1999 she moved on to the 146th Quarter Master Co. in Ft Totten, New York and in 2000 SGT Amato reclassified as an 88M Heavy Wheeled Operator.

In January 2003 Sgt. Amato was cross leveled and activated to the 623rd Transportation Co, which mobilized at Ft. Dix, New Jersey in support of Operation Enduring Freedom until August when their overseas mission was cancelled.  In October 2003, she was transferred to the 773rd Transportation Company.

From May 2007 through August 2008, Sgt. Amato volunteered to serve active duty with JTFPO Joint Task Force Port Openings at Mc Quire Air Force Base and trained with the Air Force for emergency situations.  Sgt. Amato’s unit assisted the Air Force with ground movement with the use of the PLS Palletized Load System.

In February 2011, Sgt. Amato returned to the 773rd Transportation Co. where she will finish her career.

Sgt. Amato has dedicated more than 27 years of service to the Army and is currently still in the reserves. She lives in Deer Park, NY and is the mother of two sons Jonathan and Joseph.