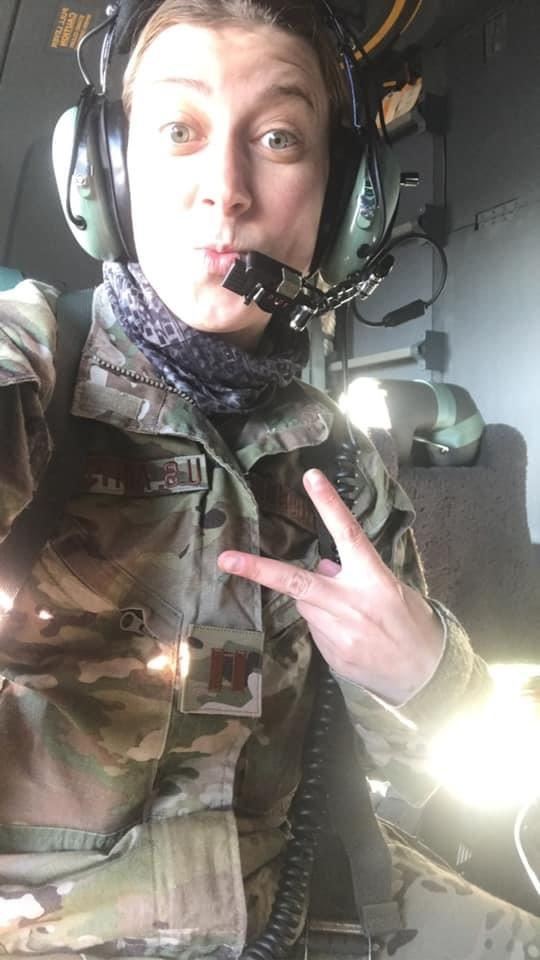 Capt Kirsten J. Rousell is a Combat Systems Officer assigned to the 102d Rescue Squadron, 106th Rescue Wing, in Westhampton Beach, N.Y. As an HC-130J Combat King II CSO, she directs a 10-member crew on personnel recovery missions, providing the only long range search and rescue capability in the northeast United States. She guides the crew during night vision low-levels, air-to-air refueling, equipment and pararescue jumper airdrops, and transload operations in hostile and denied territory, mitigating system degradation, and managing dynamic, high-visibility alert combat missions. In addition to her current position, Capt Rousell serves as one of the wing’s fitness assessment cell managers overseeing the operations of the installation’s fitness program for more than 1,100 members. She is also the 102d Unit Health Monitor Officer in Charge (OIC), CSO Section Scheduler, and the liaison officer between the unit’s Standards and Evaluations squadron and the members of the 106th Operations Group.

Before joining the 102d Rescue Squadron in 2015, Capt Rousell attended Embry-Riddle Aeronautical University in Daytona Beach, Fla. and earned her commission at Officer Training School in Montgomery, Ala. She has

10 years of service with the Air National Guard, all having been served for the state of New York. Prior to her current assignment, Capt Rousell was the 102d Current Operations Flight Commander where she ran the everyday operations of the more than 1,000 hour flying program for their four aircraft, and the 65 members that fly on them, at Francis S. Gabreski Air National Guard Base, New York.