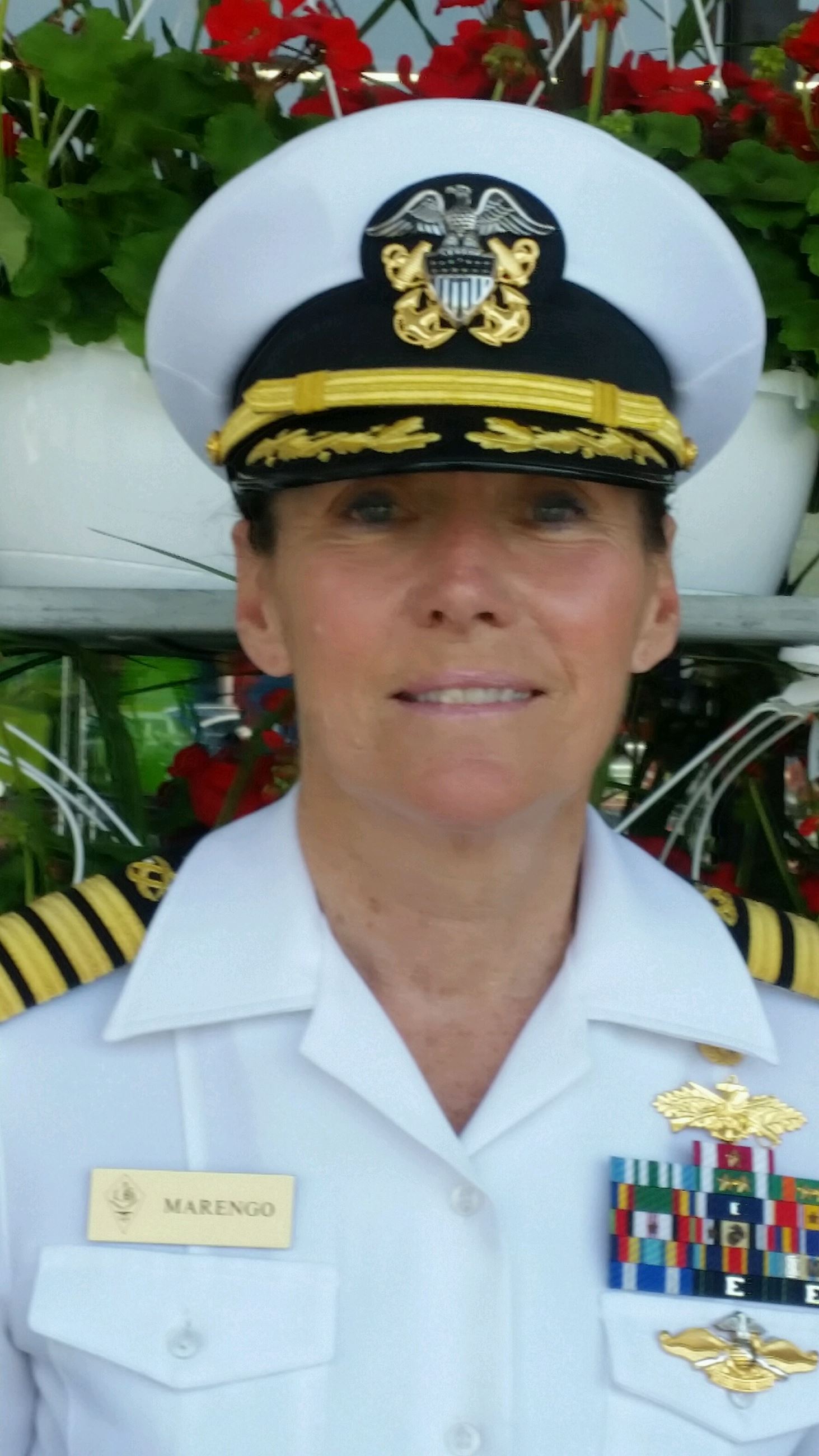 CAPT Regina Gallagher Marengo recently retired from the US Navy Civil Engineer Corps after serving 25 years with the Construction Force.

In an 18 month mobilization and deployment to Iraq, LCDR Marengo was the Plans Engineer for both 1 and 2 Marine Expeditionary Forces, working the logistics and construction coordination for Marine combat operations throughout Al Anbar Provence in Iraq.

In 2010 she commanded Naval Construction Battalion 26 and deployed to CENTCOM.  The Seabees constructed force protection at forward bases, drilled wells and performed contingency construction throughout the NATO ISAF AOR, including Iraq, Kuwait, Bahrain and Southern Afghanistan. For their efforts on this deployment NMCB 26 was awarded the 2011 Best of Type Battle E, the 'Rear Admiral John R. Perry Award' as the finest Reserve Battalion in the nation, the Army Presidential Unit Citation, Army Valorous Unit Award, and a Meritorious Unit Citation.

She has served as Lead Engineer in the European Command and as the Chief Engineer for the 7th Fleet in Korea.

She is the President of Ensign Engineering, P.C., located in the Bronx, NY

She is an active member of VFW Post 5350 in WHB and is the Senior Vice Commander.

CAPT Marengo is married to Bill Marengo and they have a son, William.