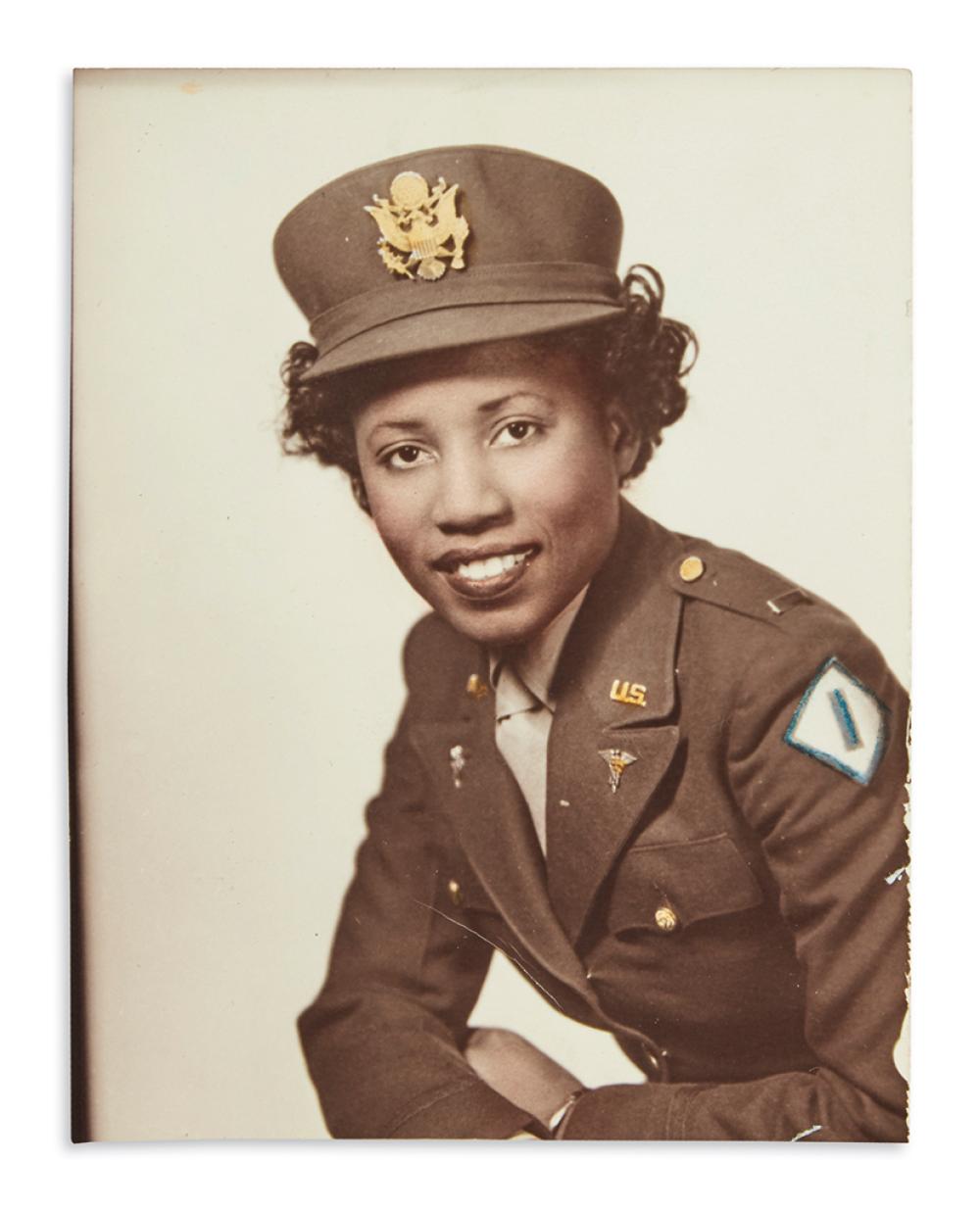 Nancy Leftenant, also known as “Lefty”, was born on 29 September 1920 to the late James and Eunice Leftenant in Goose Creek, South Carolina. She graduated from Amityville High School, Amityville, New York in 1939.

Nancy Leftenant graduated from New York’s Lincoln School of Nursing in 1941. She then tried to sign up for the Armed Forces but was informed that the military was not accepting Black nurses. Nancy persevered and in January 1945, she volunteered and was accepted into the Army Nurse Corps as a reservist. Nurses of Color were not permitted into the regular Army at that time. She was given the rank of Second Lieutenant and her first assignment was to Lowell General Hospital, Fort Devens, Massachusetts where she treated World War II wounded. She and other black nurses impressed the doctors due to their superior performance so they were promoted to First Lieutenant after only 11 months.

In 1946, Major Leftenant-Colon was assigned to the 332nd Station Medical Group, Lockbourne Army Air Base (now Rickenbacker Air Force Base), Ohio. She became the first black woman integrated into the regular Army Nurse Corps. She was assigned at Lockbourne Army Air Field when then President Harry Truman issued Executive Order 9981, abolishing segregation in the United States military. In 1948 she applied for and received Regular Army Nurse Corps status. One year later, in 1949, the 332nd Fighter Group was deactivated at Lockbourne Air Force Base, ending the Tuskegee Airmen Experience.

She was initially a member of the East Coast Chapter of the Tuskegee Airmen, Inc., having joined at its inception in 1973. However, she is currently a member of the Hannibal Cox Chapter. Major Leftenant-Colon held numerous positions in TAI at the National level including National Treasurer, First Vice-President and the first female President of the organization.

Major Leftenant-Colon married Air Force reserve Captain Bayard K. Colon after retirement. Unfortunately, he died of a heart attack in 1972 before departing for the war zone. She and five of her twelve siblings served in the military. Her younger brother, a Tuskegee Airman pilot, died in April 1945 and his remains have yet to be found and identified.